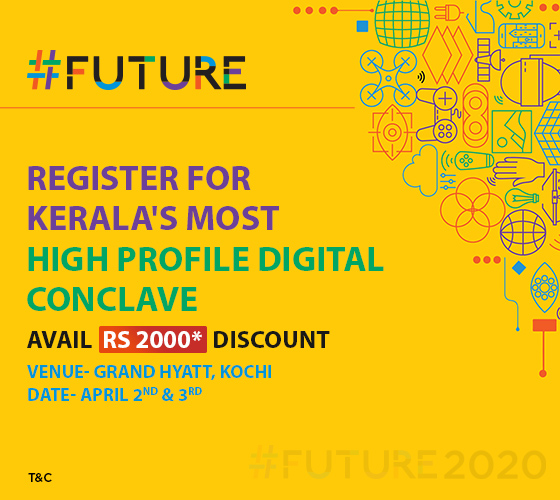 Thiruvananthapuram, also known as Trivandrum, is the capital city of the state of Kerala. The cityscape is rendered distinct by a surging topography that consists of reclining hills, thriving woodlands, long winding coast lines, hectic town pathways and bustling metropolitan suburbs. The city that has a population of 752,490 inhabitants is the biggest and most densely inhabited city corporation in Kerala. Thiruvananthapuram significantly chips in almost eighty percent of the state's software exports and is acclaimed as a chief IT hub of the state. Thiruvananthapuram stands tall when it comes to infrastructure and social development indices and has been ranked as the No.1 upcoming city for IT/ITeS ventures by Knight Frank, U.K. Of the two cities identified by the NASSCOM –Kearney study Report as ‘Challengers’, Thiruvananthapuram is one.

Kerala, a state in the south west region of India, magnificently stretches along the Malabar Coast as a patch of green, teeming with coconut palms. With nature having abundantly blessed it with beauty galore, Kerala has earned for itself the title ‘God’s Own Country’. Spread over a mere 38,863 square kilometres, the geographical terrains of the state are as varied as they possibly could be, ranging from the bountiful forests of Wayanad to the lush backwaters of Aleppey, the sweeping paddy fields of Kuttanad to the rumbling waterfalls of Athirapally and from the stunning hill stations of Munnar to the renowned sun kissed beaches of Thiruvananthapuram. Often termed the ‘Land of Ayurveda’, Kerala has on offer an exquisite combo of demographics, culture and traditions and an array of ethereal festivals laid out across an incredible backdrop of historical and cultural monuments vouchsafes the fact. The state that enjoys an equable climate throughout the year is celebrated for its exotic cuisine as well. This inimitable blend has earned for Kerala a worthy place among the ‘ten paradises of the world’ and the ‘50 must see destinations of a lifetime’ as have been identified by the National Geographic Traveller magazine.

Kerala provides a remarkable environment when it comes to setting up a business venture. With over a thousand acres of land allocated for the IT sector alone, Kerala has a whopping 1 lakh IT force rendering their services in Fortune 500 companies. The state that is home to over five hundred IT/ITeS companies has an amazing annual intake of over 50,000 Engineering students per year! Kerala is one of two Indian states to have ‘SEA-ME-WE-3’ and ‘SAFE’ submarine cable landing. A state with surplus power and water supply, Kerala ranks No.1 in India, when it comes to Tourism and Health Care. Offering the best connectivity to the Middle East and the rest of the world with three international airports, Kerala is where your business endeavour deserves to be. Kerala proffers a fully burdened cost of just $8 per hour as compared to the global average of $15 salaries and an operational cost which is less than 30% when compared to the Tier-1 cities in India. The much lauded socio-economic parity in the state is an added advantage.